Where is the love?

You go through stages in life, where one type of event seems to dominate your social calendar. I myself am at that age where, for the last five or so years, I seem to go to a lot of weddings. Now while I believe it’s a fantastic thing for two people to commit to each other for life, or at least a while; until they have enough and call the divorce lawyer, I do feel that the wedding day has become a bit of a farce.

Now don’t get me wrong, I like tradition, I enjoy a dry, gamey bird at Christmas, I sing repetitive songs to people when they age, and I consume chocolate eggs to commemorate the death and subsequent resurrection of Christ (although this one confuses me a bit), but I do feel the traditions associated with marriage seems to be more about outdoing the Joneses next door, the video and photographs than the day itself.

Let’s start at the beginning shall we, the chapel. Now I’m pretty sure most readers of this fine publication aren’t religious fanatics (and if you are I would like to come to your church) and neither are most people in my age group, in fact I’d go so far as to say in most of the weddings I’ve attended, the ceremony is the first contact the couple have had with religion since Sunday school. Yet, all except for two, insisted on a man of the cloth in a chapel, one friend even went so far as to find one on the internet… most entertaining but a bit weird. This means that the rest of us, also mostly non-church going folk, now have to sit (normally on uncomfortable benches) through not only the vows (I actually don’t mind this bit too much), but also the mandatory hymn singing, and I use the word singing generously, and then a religious sales presentation from the chap in the middle, this has been known to last up to an hour… which seriously cuts into my drinking time.

Once this ordeal is over you’re all invited out of the chapel to welcome the newly weds, and throw random tiny items at them. This would be fine if it were purely an act of revenge for making you sit through “Paul’s letter to the Corinthians” one more excruciating time, but its not. Confetti is traditionally used to show celebration, however these days, when the Hitleresque photographer has demanded that everyone cease their merriment so that they can throw in unison at the count of three, in order to capture the “perfect moment” it feels less like being a guest at a joyous occasion, and more like being a stage hand on a low budget project for SABC 1. At this point the guests are obliged to congratulate the latest Mr and Mrs one at a time, by means of a handshake and a kiss, in that order, most of the time. Side note here, apparently the kiss should not involve tongue, or so everyone told me afterwards.

After the “perfect moment” has been rehearsed and achieved, it’s time for the camera-nazi to remove the happy couple from their congratulating friends and family to the furtherest place possible to take pictures of the bride and groom, their families, the wedding party and every conceivable combination thereof.

At this point, the guests are made to mull around outside, clad in their finest clothing, ladies in their high-heels constantly doing the sinking-into-the-grass dance, all the while coming ever closer to starvation, with only peanuts and orange juice cocktails for sustenance. This is the longest part of the entire day, especially when it’s one of those distant cousin weddings, and the only people you know are the family member whom you haven’t spoken to in years, and as you try to reconnect through clichéd, disjointed conversation, you can just feel them looking around the area for someone more interesting to speak to.

Finally after an hour or so of forced pleasantries the designated MC will invite everyone inside to the reception area. This is a very important part of the day, as this is when all the ladies in between the ages of 16 and 83 begin filling in their mental score cards, allocating marks for every aspect of the décor ranging from colours, to table settings to “thanks for sharing the day with us” mini gifts. Then of course there is probably the most important thing of the day, the thing that seems to be indicative of a good or bad wedding, the make of the entire day and possibly the marriage itself; the flowers. Every woman has a duty to herself and the female sex in general to access the floral arrangement in the middle of the table, and hope in her heart of hearts, that she be one of the lucky few who gets to take said foliage home with her, so that it may take pride of place in her home for the 3 – 4 days before it dies. The importance of this is not to be underestimated; I’ve seen reputable ladies get violent for this privilege. These days its also become a trend for some people to put a disposable camera on each table. This is a fantastic way to find out the sizes of all your male guest’s penises, if however your new wife can identify more then two of them, it may be a warning sign…

So on we go, after we’ve all stood to welcome (once again) for the first time (since the church) the brand new Mr & Mrs whoever, everyone is then seated and house keeping rules are explained, and then the over priced starters are served. The guests are then sentenced to a minimum of three speeches, traditionally the father of the bride, the best man and the groom, (I’ve been unfortunate enough to experience everyone in the entire bridal party, a total of 9 people saying their “few words” – it was a long evening). Although one would think that a person not skilled in the art of public speaking would want to keep as short as possible, in my experience, this is not the case, but its normally from the heart, so I can accept a man stumbling, sweating and stuttering his way through a 20 minute speech, what really bothers me is when the best man has downloaded his speech from “askjeeves.com” or a similar website. It may sound funny and original to you and a large portion of your audience, but know this; some of us have heard those same corny jokes and witticisms at three other weddings before you read them to us and although we may have joined in the polite laughter, just like your lady friends, we were faking it.

After dinner we move on to what is becoming my favourite part of the modern day ceremony, the first dance. Traditionally this was an intimate and romantic moment, where everyone could look on, jealously longing for that same connection and closeness with another human being, but in the interest of looking good these days many couples have decided to choreograph their love. Watching bride and groom nervously trying to remember steps, whilst visibly counting beats, one feels there is about as much intimacy as home affairs at lunch time.

The evening continues in a hurry, after all the “graphers” –both video and photo are only booked for another 40 minutes, so in a panic the mc gets every one inside to witness the cutting of the cake (for a time I thought this might be symbolic) and the joy of newlyweds lustily shoving it into each others faces (I still think this may be). Then its on to the throwing of the bouquet and garter respectively, where all the single ladies collude as to who should catch the superstitious bunch of flowers, whilst the men pretend they don’t really want to be there yet all rush and wrestle over the decorative elastic.

Finally, with the formalities over, its time for the real party to begin. The DJ spins all those wedding favourites like Zobra  the greek, the birdie song and the Macarena, what is it about having a woman in a ridiculously expensive white dress that makes people want to move in unison to bad music? I just don’t get it, but I do enjoy watching old white people perpetuate the stereotype about their dancing ability, until of course we call it a night.

My advice if you are ever planning to get married is to forget the video camera, forget trying to compete with other weddings you’ve been to, no-one should ever take out a second bond to pay for these things, just have fun and enjoy the day. In five years time no-one will remember your colours or what flowers were on the table, but they will remember if they had fun. 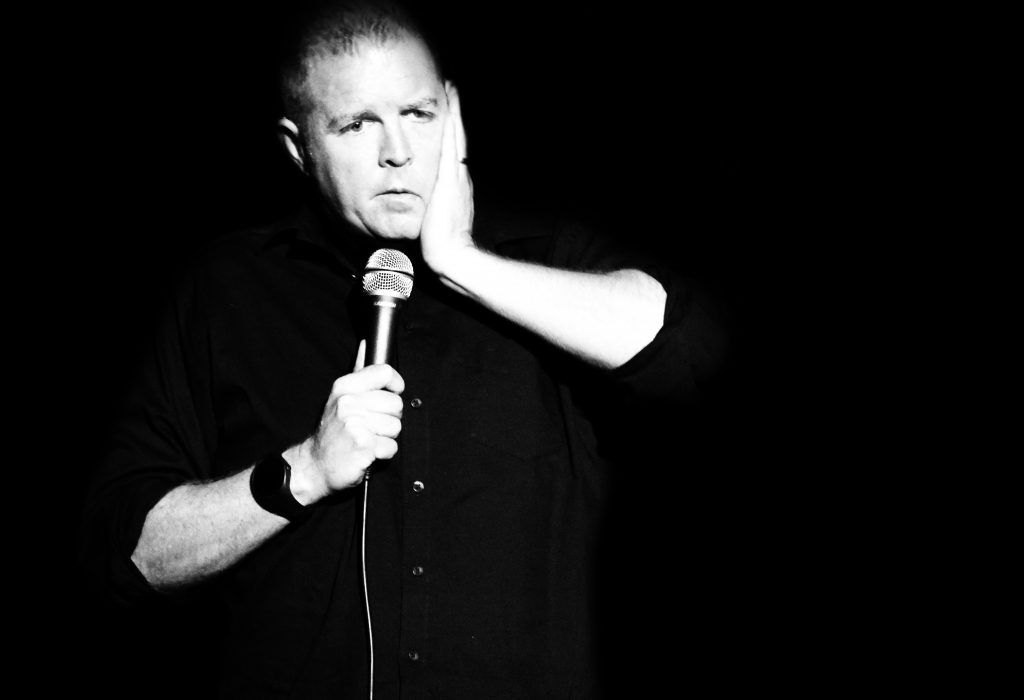 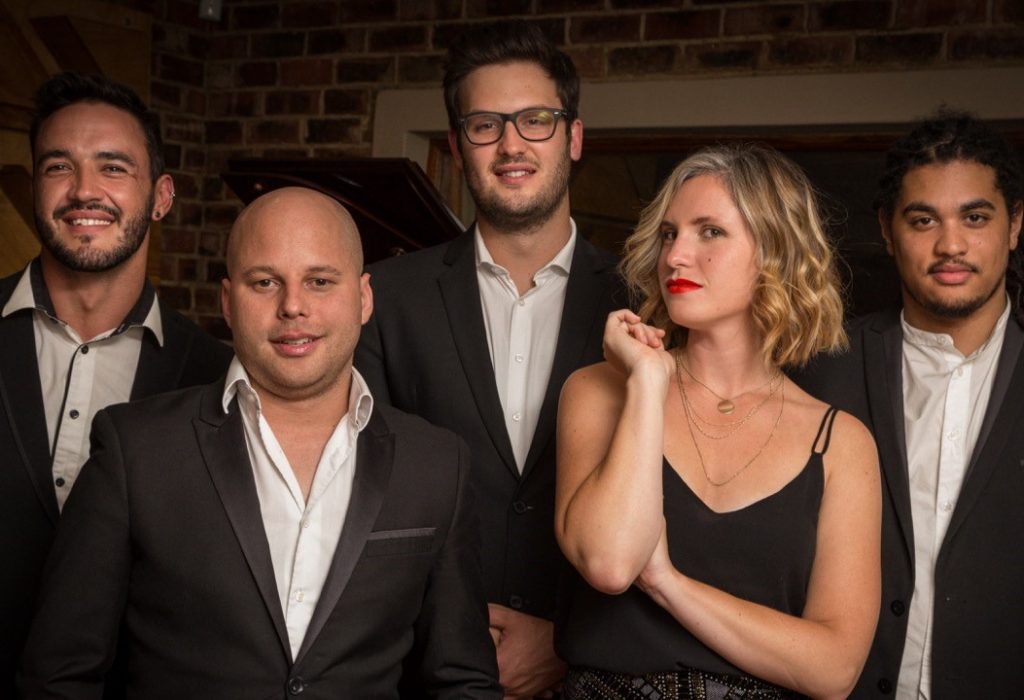